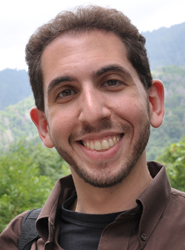 Benjamin Auerbach's training is in functional anatomy, evolutionary biology, and statistical theory, in addition to specializations in evolutionary quantitative genetics, skeletal biology and archaeology of the Americas. His research focuses on the evolution of morphological variation, especially of humans and nonhuman primates. He is actively involved in understanding the evolutionary forces that have shaped trait variation throughout the skeleton, and has previously worked on studies of measurement estimation in humans.

The flagship campus of the University of Tennessee System and partner in the Tennessee Transfer Pathway.